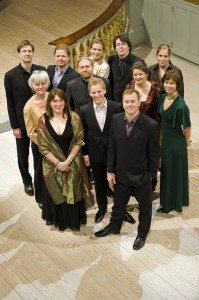 ARS NOVA Copenhagen is widely recognized as one of the finest vocal groups in Europe. Founded in 1979, the ensemble today is busier than ever. In addition to its annual season of concerts in Copenhagen and throughout Denmark, the ensemble regularly appears across Europe, in North and South America, and Asia. Ars Nova is also building collaborations with creative artists in different fields such as drama, film and ballet, as well as cultivating new modes of concert performance and innovative repertoire.

At the heart of ARS NOVA Copenhagen’s work is its equal dedication to early music and new music. Some programs explore the cross-currents between the two, while others form detailed portraits of individual composers or genres within a given period.

The group has its own record label, ARS NOVA Records (distributed by Naxos) on which ‘Taverner & Tudor Music II – Gloria tibi Trinitas Mass’ is the most recent release. Other recordings – like ‘Taverner & Tudor Music I’, the voices-and-percussion version of Terry Riley’s ‘60s masterpiece ‘In C’ and ‘The Christmas Story’ told through plainchant, motets and traditional folk carols – all received great reviews all over the world. 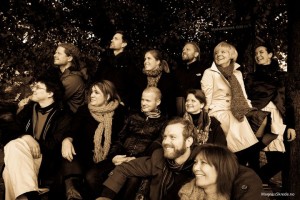 Ars Nova has just finished a large-scale recording project together with Dacapo Records (Danish national label), to record the six major narrative works by Heinrich Schütz, all released in 2009-11. Currently the group is enjoying worldwide succes with ‘The Natural World of Pelle Gudmundsen-Holmgreen’ featuring works by one of the grand old men in contemporary danish music.

In 2010 the CD ‘The Little Match Girl Passion’ with music by David Lang received a Grammy Award.

Concerts in 2011-12 have included venues such as Auditorio Nacional de Madrid, Glasgow Minimal Music Festival and Festival International Cervantino in Guanajuato in Mexico.