Polski Chór Kameralny Schola Cantorum Gedanensis retains a firm place in the narrow global elite of fully professional chamber choirs. It was founded by Ireneusz Łukaszewski in 1978, who handed over to his brother Jan Łukaszewski in 1983. The choir consisted of the 24 professional musicians, constantly strives to achieve performance excellence and explore new musical areas. Hence the countless compositions dedicated to the choir and over 500 of world premiere performances. 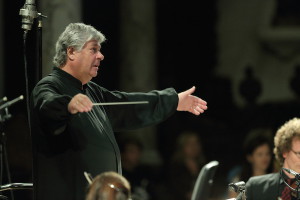 A part of the choir’s musical work is their regular co-operation with guest conductors from all over the world: E. Ericson, U. Gronostay [†], F. Bernius, S. Layton, and many others. Polski Chór Kameralny frequently appears at international festivals, among them the Warsaw Autumn and Vratislavia Cantans, the Ruhr-Festival, the Rendez-vous musique nouvelle. Besides over 70 CDs, many of which have won prizes, Polski Chór Kameralny has recorded both for Polish and many European Radio and TV stations.

Polski Chór Kameralny was nominated for the The Polish Phonographic Academy Award – the Fryderyk Award 18 times, and has won it five times. The last two prizes Polski Chór Kameralny received: in In 2012 for album New Polish Music for Choir in the category: Album of the Year -Contemporary Music, and in 2014 for the album Marian Borkowski Choral Works in the category: Best Recording of Polish Music.

Among the events conceived and organized by Polski Chór Kameralny the most spectacular is the International Mozart Festival Mozartiana held annually in Gdańsk.