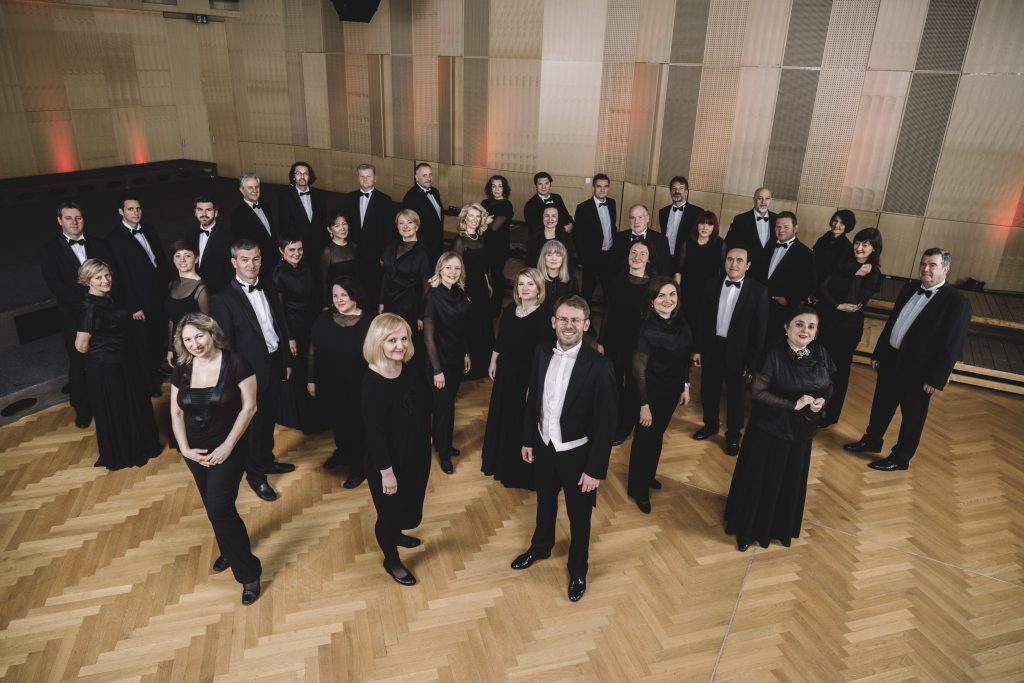 Zbor HRT (the Croatian Radiotelevision Choir) was founded in 1941 for the needs of the radio programme at the time. Working first as a chamber ensemble, with time, it grew into the first large professional choir in Croatia. From its very beginnings, the HRT Choir (which has carried this name since 1991) has performed both independently and alongside the HRT Symphony Orchestra. The choir’s first independent public concert was held on 30 January 1943 at the Croatian Music Institute, where it was often joined by an orchestra in the cycle of public concerts. In its first years of work, the repertoire of the choir was shaped by conductors Mladen Pozajić, Dragan Gürtl, and Boris Papandopulo, and their path was continued by chief conductors Sergije Rainis, Vladimir Kranjčević, and Igor Kuljerić – whose creativity and years of leadership left a powerful mark and whose compositions have become a permanent part of the choir’s repertoire – as well as Tonči Bilić. It was at Tonči Bilić’s urgings that the independent subscription cycle Sfumato was initiated, which included premieres of numerous compositions by Croatian authors and an anthological choir opus of world heritage. Also at Maestro Bilić’s initiative, the HRT Choir was granted membership in Tenso, Europe’s most noted chamber choir organisation, in 2016.

Performing a wide repertoire ranging from the Renaissance to modern music and a cappella, and with instrumental accompaniment, the choir displays its exceptional versatility, which has won it guest appearances across Europe (Rome, Moscow, Salzburg, Milan, Paris, Venice, Berlin, Vienna) and cooperation with a series of exceptional 20th and 21st century conductors, including Lovro pl. Matačić, Milan Horvat, Pavle Dešpalj, Nikša Bareza, Vladimir Kranjčević, Claudio Abbado, Lorin Maazel, Igor Markevitch, Valery Polyansky, Niels Schweckendiek, Martina Batič, and many world-class soloists.
The HRT Choir received a Milka Trnina Diploma from the Croatian Association of Musical Artists for its exceptional artistic achievements in 2004 on the basis of its performance of Boris Papandopulo’s Croatian Mass.

Maestro Tomislav Fačini has headed the choir as chief conductor since the 2017/2018 season.