Tenso is involved in a couple of activities at the 19th edition of Europa Cantat, which will take place in Pécs, Hungary. Tenso member Nederlands Kamerkoor has been invited as special guest artist, Tenso Europe Chamber Choir – a summer choir for young professional singers – will under the baton of Kaspars Putniņš present an open rehearsal session, as well as a concert in their European concert tour Car nos vignes sont en fleur. What’s more, two young conductors will participate in the 2015 Tenso Masterclass for Conductors follow-up workshop with conductor in residence Daniel Reuss.

As one of the prominent members of Tenso, the European network for professional chamber choir, the Nederlands Kamerkoor has been invited to come to Pécs to give ateliers, concerts and more. 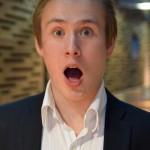 From more than 30 applicants from all over Europe, these participants were chosen :
• Boldizsár Kiss (HU, 1991), who just finished his MA studies as a choir conductor at the Liszt Ferenc Music Academy in Budapest and Hochschule für Musik Hanss Eisler in Berlin with Péter Erdei, Jörg-Peter Weigle and Csaba Somos amongst others.
• Visa Yrjölä (FI, 1992) studies for his BA of choral conducting at the Sibelius Academy in Helsinki, with Nils Schweckendiek, Matti Hyökki and Robert Cowles.

More information on the Tenso Masterclass for Conductors right here. 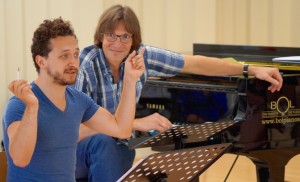 At the request of the organization of Europa Cantat Pécs, Tenso Europe Chamber Choir will have an open rehearsal session, working on Après le deluge by Hungarian composer Georgi Sztojanov, commissioned by Europa Cantat Pécs. The piece was originally composed for an atelier called “Grotescus Musicus”. Incidentally, Georgi Sztojanov is also the winner of Tenso Young Composers Award 2014.