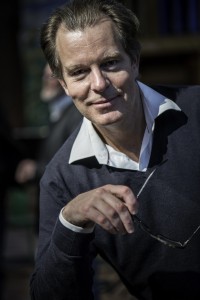 A passion for unusual repertoire, combined with an expertise and instinctive understanding of a variety of periods and styles have become the hallmark of the Swedish conductor Fredrik Malmberg. Active both as a choral and an orchestral conductor, he has worked with among others, DR Vocalensemblet, Swedish Radio Choir, Concerto Copenhagen, Swedish Radio Symphony Orchestra and the Mariinsky Theatre orchestra.

In 2012 Fredrik Malmberg was appointed to two of the most prestigious choral positions in Sweden; principal conductor of Eric Ericsons Kammarkör and professor of Choral Conducting at the Royal College of Music in Stockholm.