Conductors Krista Audere and Jurica Petar Petrač have been invited to come to Mechelen and work with Zbor HRT and coaches Daniel Reuss and Tomislav Facini.

The will work on this repertoire : 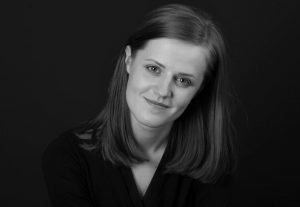 Krista Audere is not only a conductor, she is also a singer. She has been a member of the youth choir ‘Kamēr…’ (2005-2008) and has also performed with vocal ensembles Anima Solla (2010-2012) and William Byrd Consort (2011). These successes resulted in a regular collaboration with the prestigious Latvian Radio Choir starting the year 2011. Since 2013, Krista has been a member of Tenso Europe Chamber Choir (2013 and 2014) and has participated in the Netherlands’ singers project Meesters&Gezellen (2014 and 2015). Moreover, in 2015 she has also collaborated with Cappella Amsterdam.

Krista is the conductor of the VU-Kamerkoor, the Student Choir of Wageningen (WSKOV), Kamerkoor Venus and works as a repetitor and guest conductor with several choirs and vocal ensembles in the Netherlands. 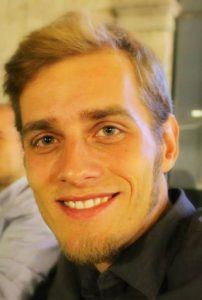 Conducting at the Music Academy of the University Zagreb, with Tomislav Facini and Mladen Tarbuk, in 2015. Since 2009 he teaches Music Theory at Music School Blagoje Bersa.

Jurica conducts several of the best Croatian amateur choirs, notably Capella Miercoles, Zagreb and Oratory Choir Cantores Sancti Marci, Zagreb, with whom he won the first Prize at the International Choral competition in Zagreb in 2013 and 2015. With Capella Juris, the choir of the University of Zagreb Law School he explored twentieth-century choral music and folk choral works.

His regular artistic activity includes concert mass performances at St. Mark’s Church every Sunday (mostly including works of Mozart, Haydn, Schubert, and Croatian composers), as well as concert performances with the Oratorio Choir, which in the last few years included oratorio works of Handel (Dixit Dominus, Coronation Anthems), Charpentier (Te Deum), J. S. Bach (Magnificat) as well as series of a cappella music spanning the period from the Middle Ages to commissioned works from our times.