Session 2 – The writer face to face with the music 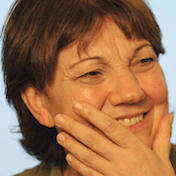 Nicole Corti (FR) is the artistic director of Spirito, the newly formed choir resulting from the fusion of the Choeur Britten and les Chœurs et Solistes de Lyon de Bernard Tetu. Corti studied conducting at the Conservatoire national supérieur musique et danse (CNSMD) de Lyon with Bernard Tetu, whom she succeeded as professor in conducting in 2008. From 1993 to 2006 she was the chief conductor of the choirs of Notre Dame de Paris. With Choeur Britten, she toured Europe and received several awards. Exceptionally, Nicole Corti’s achievements have been honoured twice with the prix Liliane-Bettencourt pour le chant choral de l’Académie des Beaux-Arts (in 2002 with la Maîtrise Notre-Dame de Paris, and in 2010 with le Chœur Britten). In 2002, she was made Chevalier in the French National Order of Merit.

Corti initiated the project 31 Créations, commissioning Florence Delay, member of the Académie Française, to write a text that will be used by 31 composers for choral music, among whom Edith Canat de Chizy, Philippe Hersant and Suzanne Giraud. 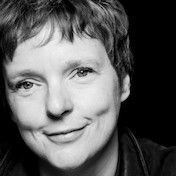 Rozalie Hirs (NL) is a contemporary Dutch composer and a poet. Her poetry and music are lyrical as well as experimental. The principal concerns of her work are the adventure of listening, reading, and the imagination. Her music consists of vocal, orchestral, and electronic compositions. She often combines traditional instruments with electronic sounds. Her poetry includes both printed collections and digital poetry: interactive poems created in collaboration with visual artists, and graphic designers.

Performers of her music include the Amsterdam Sinfonietta, ASKO|Schönberg, the Bozzini Quartet, the Formalist Quartet, Klangforum Wien, the Netherlands Radio Philharmonic Orchestra, and Slagwerk Den Haag; she is herself a regular performer of her compositions for voice and electronic sounds, mostly on international festivals. Her music scores are published by Donemus Publishing, her CDs by Attacca Productions, her poetry books by Singeluitgeverijen|Querido.

Aiofe Mannix (IE) in her own words : 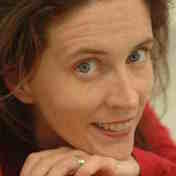 “I am a poet and writer. I have published four collections of poetry and a novel. I have been poet in residence for the Royal Shakespeare Company and BBC Radio 4’s Saturday Live. I have toured internationally with the British Council including most recently Mexico, Vietnam and Nigeria. I have a PhD in creative writing from Goldsmiths, University of London.”

Aiofe Mannix was commissioned by Chamber Choir Ireland to write a libretto with British composer Stephen McNeff as part of the commemorations for  Easter 1916, the uprising which led to the independence of Ireland. 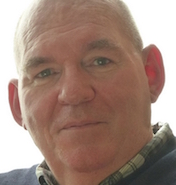 Stephen McNeff studied composition at the Royal Academy of Music and undertook post-graduate research at the University of Exeter. He was Associate Director of Manchester University’s Contact Theatre in 1979−80. From 1980−84, as Composer in Residence and Associate Director of the Music Theatre Studio Ensemble of the Banff Centre and then Comus Theatre Canada he won a Dora Mavor Moore Award for his opera The Secret Garden (1985) based on the novel by Frances Hodgson Burnett. His theatre music in the 1990s saw McNeff receive a Scotsman award for the National Youth Music Theatre production of Aesop at the 1991 Edinburgh Festival before an unconventional staging of T.S. Eliot’s The Wasteland by the Donmar for the BOC Covent Garden festival in 1994 brought him wider attention. He was appointed ‘Composer-in-the-House’ with the Bournemouth Symphony Orchestra in 2005. During his two-year tenure, he wrote a number of works for the Bournemouth Symphony Orchestra and its contemporary counterpart Kokoro.

Since 2002 McNeff has been a Visiting Artist of Dartington International Summer School, South West Music School and Trinity Laban Conservatoire of Music and Dance. 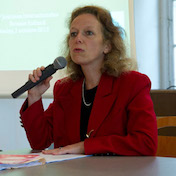 Sylvie Douche (FR) studied at Université de Paris-Sorbonne and the Conservatoire national supérieur de musique et de danse de Paris, before getting masters in art history and modern literature. Pianist, and now senior lecturer at the department of Musicology at the Sorbonne, she publishes about topics as varied as French music from the XIXth and XXth centuries, the pianistic repertoire from that period and its interpretation, and most prominently, about the link between music and literary texts.