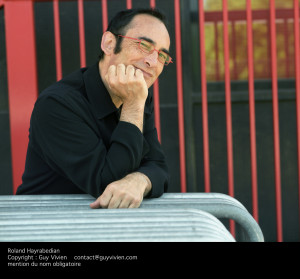 Since forming the “Choeur Contemporain” in 1978 and Musicatreize in 1987, Roland Hayrabedian (1953) has been in continuous contact with musical creation. His concerts blend standard repertoire with many key 20th century pieces and premieres of contemporary works. Guest conductor at the Spoleto Festival in Italy, he has also been invited to conduct La Capella of Saint-Pétersbourg, the Radio-France Philharmonic Orchestra, the Loire and the Lorraine Philharmonias, the Avignon Orchestra, the Ensemble Musica Viva of Moscow, … He has been invited several times to conduct the Nederlands Kamerkoor, and worked with soloists like Jay Gottlieb, Marie-Josèphe Jude, Jean-Claude Pennetier, Alain Planès and Georges Pludermacher. His interest in stage music, musical theatre and ballet led to collaborations with Ariel Garcia Valdès, Pierre Barrat, Eric Ruf and Angelin Preljocaj. He teaches choral conducting at the Conservatory in Marseille. 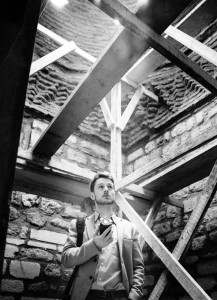 The Resonance Project is Oliver Beer’s ongoing series of live performances, installations and films that uses the human voice to stimulate architectural spaces to resonate at their natural
frequencies. Every empty space resounds at its own specific notes, which are determined by its dimensions and its geometry. Working just with singers’ unamplified voices Beer is able to force
buildings into an “architectural wine-glass effect”, turning architectural spaces into immense musical instruments. Resonance Project performances and films have taken place and been exhibited in such varied places as MoMA PS1, New York; a multi-storey car park in Birmingham; the Pompidou Centre, Paris; Palais de Tokyo, Paris; Fondation Louis Vuitton, Paris; WIELS, Brussels; and the Victorian
sewers of Brighton.

Oliver Beer’s work with sound is situated within his wider practice of sculpture, installation and film. After completing his undergraduate degree at the Academy of Contemporary Music in Guildford, UK, he went on to read at Fine Art at the University of Oxford, and Theory of Cinema as a postgraduate at the Sorbonne Nouvelle, Paris Ⅲ. He lives and works in London and Paris. 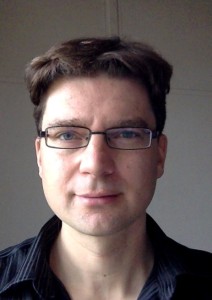 Bruno De Cat was born in Belgium in 1972. In his youth he studied piano and he participated in various amateur choirs (until now). Studied economics, jazz composition and music pedagogy (diploma from Namur IMEP, Belgium). Has been teaching music for ten years (both private and at schools in the general education system), and acted as church organist / cantor in Belgium (Namur region) 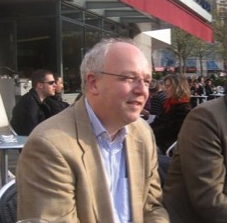 Bernhard Hess, born 1961, studied at the University of Mainz and the University of Arts in Berlin. From 1990 til 1996 he was managing director of the Alsfelder Vokalensemble and the Bremen Baroque Orchestra until he move as project manager in an agency where he was responsible for matters of marketing for the Festival in the Federal State of Mecklenburg-Western Pomerania, the Kurt-Weill-Festival in Dessau and the Telemann-Festival in Magdeburg.

From 1998 til 2005 he was General Manager of the Bach Archive Leipzig Foundation. Bernhard Hess established the annual Bach Festival Leipzig and forced the profiling of the Int. Bach Competition Leipzig.

Since 2006 he is Managing Director of the RIAS Kammerchor and in 2007 he was appointed to participate in the advisory board of the German Conductors Forum. 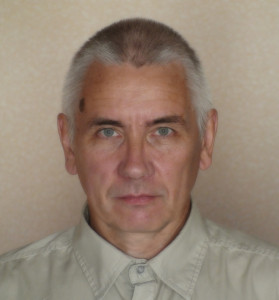 Arturs Perkons (1956) graduated as structural engineer in 1981 from Riga Technical University and has worked as an architectural photographer and architect technician. In 2006/2007 he studied Engineering of Acoustics as the Technical University of Denmark. In 2010 he founded his company “Būvakustika” and starting 2011 he has been lecturer at the Jāzeps Vītols Latvian Academy of Music.

(will do a recorded video address about human requiem)

Jochen Sandig was born in Esslingen, Germany, in 1968. In 1990 he moved to Berlin to study psychology and philosophy where he has since been active as an urban pioneer and cultural entrepreneur. His passions are the city as public space, and the arts. Ever willing to take risks, he has enriched Berlin by founding several cultural institutions: Following the founding of the Tacheles Art Centre in 1990, he remained the director of the Tacheles Foundation e.V. until 1994. In 1993, together with Sasha Waltz, he founded the dance company link Sasha Waltz & Guests. He went on to co-found the link Sophiensaele in 1996, an independent venue for dance and theatre productions in Berlin-Mitte, which he directed until 1999. From 2000 to 2004 Jochen Sandig was a member of the artistic direction as well as a dramatist at the Schaubühne am Lehniner Platz. Since 2004 he has been the director of the independent Sasha Waltz & Guests GmbH. In February 2012 he celebrated his first direction work with “human requiem”, a staging of Johannes Brahms’ “Ein Deutsches Requiem” in cooperation with the Rundfunkchor in Berlin and Simon Halsey. (From: radialsystem.de) 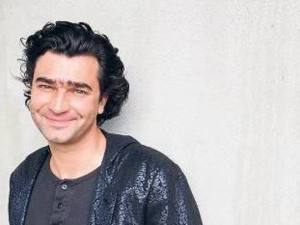