A jury consisting of the coaches of the workshop and artistic staff of Tenso selected Illkka Aunu (Finland, 1993), Jaime Belmonte Caparrós (Spain, 1988), Alberto Carretero (Spain, 1985) and Juan de Dios Magdaleno (Mexico, 1984) to participate in the workshop Composing for Choir & Electronics 2016.

In the process of creating their work, they get support from Alejandro Olarte and Josué Moreno, staff of the Centre of Music Technology / Sibelius Academy, and four students who have been assigned to the workshop as creative assistants : Markus Kärki, Amirabbas Mohammadi, Alejandro Montes de Oca and Juan Vasquez.

Ilkka Aunu (FI 1993) studies at the Sibelius Academy in Composition and Music Theory, majoring in composition, with Jaakko Kortesharjun and Tapani Länsiö. Ilkka has studied 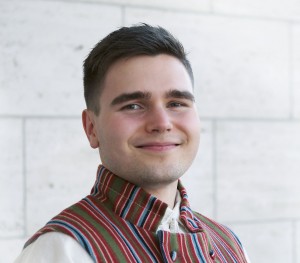 piano under the direction of Kari Tikkala and performs as a singer in Emo Ensemble and the Choir of the Music Centre. Ilkka’s works have been performed by the Tapiola Choir, Kymi Sinfonietta, and others, with himself as a soloist and in various formations.

He writes: I’m eagerly looking forward to the opportunity to work with people from MuTe of Sibelius Academy in creating a piece in which choir and live electronics are combined into one electro-acoustic instrument. 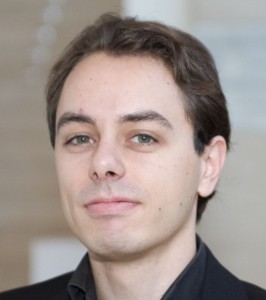 Jaime Belmonte Caparrós (ES 1988) has studied piano, organ, composition, conducting and music theory in Murcia (Spain). He currently continues his studies of compositon and conducting at the Sibelius Academy with Lauri Kilpiö. In May 2015 his chamber work Svarta rosor was premiered by Zagros Ensemble, in the framework of Jean Sibelius’ 150th anniversary celebrations.

As a conductor, he has worked with the Schola Cantorum of Caravaca de la Cruz and the Choir Sta. Elena (Spain), and the Valon Kaiku chamber choir at Vantaa (Finland), among others. As well as composer, conductor and teacher, he is a very active choir singer and has been founder member of the platorm for contemporary music Inedito in Murcia (Spain). He is also part of the board of the Korvat Auki society for young composers.

He writes:  I have been a choir singer my whole life and I am still very active in Helsinki choral life, but until last autumn I didn’t make the decision of composing a work for choir. […]I have limited experience in using electronics in my pieces […] I would enormously welcome this opportunity to develop a more creative approach on electronics. 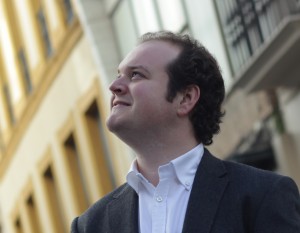 laude), History and Music Sciences, Journalism, and received his PhD for a thesis “The process of Music Composition by means of bio-inspired techniques of Artificial Intelligence”. For his compositions, he received many prizes, among which the CajaMadrid – “Andaluces del Futuro” Prize, the “Injuve” Contemporary Music Composition Award, and the “Real Maestranza” Award. He has been lecturer at the International Conference on Music Technology at the University of Seville and teacher at the Real Conservatorio Superior de Música de Madrid and the Conservatorio Superior de Música de Sevilla.

He has composed electroacoustic music for the International Biennial of Conterporary Art of Seville participated in the 2013 and 2012 Matrix Academy (SWR Experimental Studio Freiburg), in the last three editions of Manifeste Festival – Academy IRCAM, and in the 2011 DAFX International Conference on Digital Audio Effects in Paris (IRCAM).

He writes: it would be very helpful in the development of my musical works. This experience will greatly amplify my conception of sound and my compositional ideas for vocal and electronic music, that is, in the growth of my personal musical lexicon. 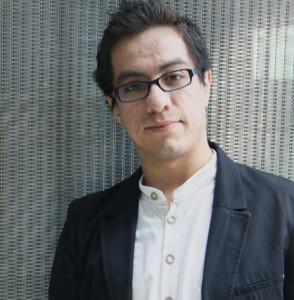 He writes: [to take part in the workshop] would give me the possibility to enrich, explore and challenge the way I think about the interaction musicians-computer, among other notable paradigms involved in the creation of “mixed music”.