Composer Hans Koolmees was born on the 27th of October 1959 in Abcoude, Holland.

At the conservatory of Rotterdam he studied composition with Klaas de Vries, organ with Jet Dubbeldam, arranging and conducting with Bernard van Beurden, and electronic music with Gilius van Bergeijk. 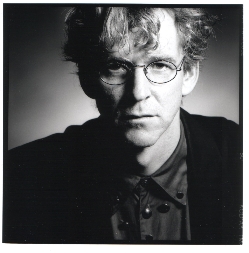 His composition Cantate for large orchestra was awarded the first prize of the composer’s composition organized by The Hague Philharmonic Orchestra on the occasion of its ninetieth anniversary in 1994.

In 1999 Theatre Lantaren/Venster in Rotterdam organized a 4-day festival with his music, where, apart from older work, three new pieces were premiered, including the oratorio The Tower of Babel.