The second round of the 2016-2017 edition of the Tenso Young Composers Workshop took place in Mechelen in May 2017. After the first sessions in Amsterdam in November 2016, Lillie Harris, Sarah Lianne Lewis and Miguel Bastos were selected to come to Mechelen, where they had the opportunity to work in more detail on a new composition for chamber choir. A jury consisting of artistic directors and conductors of Tenso choirs will finally award a commission to one composer, who will be asked to write a new work to be performed in the 2017/2018 season by Tenso choirs. 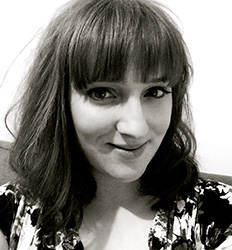 Sarah Lianne Lewis (UK, 1988) is a Welsh composer whose music often explores instrumental textures and the aural architecture of performance spaces. She studied at Cardiff University between 2006 and 2011, receiving a BA 2:1 (Hons) in Music and History, and an MMus in Composition. Since graduating, she has received several commissions and performances from UK and European festivals, and has enjoyed working with a variety of performers, leading educational workshops, recording sessions and rehearsals, and holding public masterclasses discussing her music.
The beginning of 2016 saw her new work for symphony orchestra, Is there no seeker of dreams that were?, premiered by the BBC National Orchestra of Wales in March, and subsequently broadcast on BBC Radio 3 and BBC Radio Wales.
She attended the Heidelberg Music Festival as a Composition Fellow in April 2016, and is currently writing a work for Piano 4-Hands, based on the 62 moons of Saturn, extracts from which were premiered at the Cheltenham Music Festival in July 2016 by Mantras Piano Duo.

Lillie Harris (UK, 1994) graduated in 2016 with a First Class degree from the Royal College of Music, studying with Haris Kittos and winning the Elgar Memorial Prize for her final portfolio.
Dormientes Bestia for paetzold and tape was in the winning programme in the RCM Contemporary Competition 2016, and she has been selected by the National Centre of Early Music’s Composer Competition Final in York in 2013 and 2014, and the International Antonin Dvorak Composition Competition 2016. She was in the Royal National Scottish Orchestra’s Composers Hub this year, from which her orchestral work remiscipate was chosen to be performed in the RSNO’s Season Finale concerts. In July 2016 she attended a masterclass week with Tristan Murail and Ensemble Recherche. Her commission for the Gaudier Ensemble, to write a work commemorating the centenary of the death of sculptor Henri Gaudier-Brzeska, was performed at the 25th Anniversary Cerne Abbas Festival in July 2015. 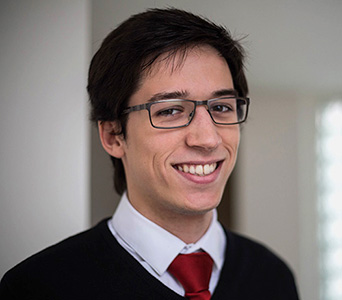 After receiving his Bachelor’s Degree in Composition at ESMAE-IPP in Porto, Portugal, Miguel Bastos (PT, 1995) also followed conducting classes at the same institute. He is currently enrolled in the Erasmus+ program at JAMU in Brno, Czech Republic, studying with Ivo Medek and Jan Kavan. He performs regularly as singer at Coral de Letras da Universidade do Porto, an amateur academic choir with some professional characteristics, and as a flutist at Instant Ensemble, a Real-Time Composition Ensemble comprised of musicians coming from contemporary and classical music, jazz, and rock.
He is a founding member of Interferéncia – Associaçào de Intervençào na Prática Artística, an organization that creates workshops, lectures, forums, concerts, etc. Its main focus is new music and how it connects with the Portuguese society and artistic world, trying to make a difference in how new music is perceived and taught in Portuguese Schools and Conservatories.