Four composers from the Central-European region were selected to come to Ljubljana in April 217, to work with coaches Fabio Nieder, Leo Samama, James Wood and Zbor Slovenske Filharmonije : 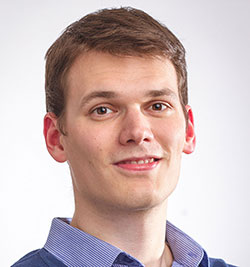 Máté Balogh (HU, 1990) graduated at the Conservatory of Pécs, where he specialized in the theory of music and composition with István Győrffy. He finished his studies in composition at the Liszt Academy of Music in Budapest under Zoltán Jeney, where he is currently working as assistant professor and finishing his his doctoral degree. He is the artistic director of the Hermina Gallery in Budapest and co-founder of the so-called CentriFUGA contemporary-workshop which takes place in Budapest. His pieces have been presented in many international festivals, such as: Manifeste Festival (IRCAM-Paris), ECSA (Bruxelles), Milano Musica, Opus Amadeus (Istanbul), Kurtág&Ungarn (Bern), Ostrava Days, Axes Kraków, Café Budapest, St. Gellert Festival, Bartók Szeminárium, Korunk Zenéje, Budapesti Tavaszi Fesztivál, Minifesztivál, etc. Read his full bio…

Francesco Ciurlo (IT, 1987) graduated in psychology in 2012, with a thesis about the role of musical expectancy in auditory perception, and then started his study composition with Giorgio Colombo Taccani and Gabriele Manca at the Milan conservatory, graduating in March 2017. He participated in 2016 Darmstadt summer course where he had the chance to meet and discuss his music with Georges Aperghis, Beat Furrer and Klaus Lang. In October 2016, la Biennale di Venezia staged his first opera “Troposfera”. In 2017, he is among the 33 composers to whom Divertimento Ensemble commissioned a variation from Beethoven’s Diabelli variations for the ensemble’s 40th birthday. Read his full bio… 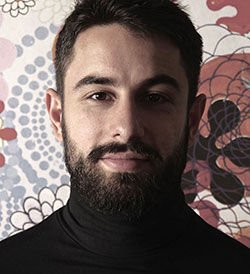 Jug Marković (RS, 1987) was born in Belgrade where he graduated at the Faculty of Philosophy and afterwards at the Faculty of Music Art. His music was performed within important music festivals in Europe such as “Donaueschinger Musiktage” and “Festival d’Aix-en-Provence”. Marković is the winner of 3rd Anton Matasovsky Composers Competition in Vienna
He writes : “Jug believes in non-cerebral, impulsive, passion driven composing. His firm and unquestioned passion for music can be heard in his almost eclectic style where every piece
openly draws energy from a certain source from the past. One could label it as an “archaeology of sound” where you, being fascinated by a certain sound object from the pasts, let it overwhelm and influence you.” Read his full bio… 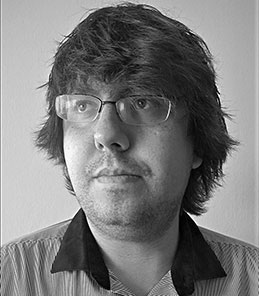 David Veber (SI, 1988) finished his studies in composition with prof. Marko Mihevc at the Academy of music in Ljubljana. He continued his studies at the Franz Liszt Academy of Music in Budapest with prof Gyula Fekete, among others, focusing on composition and music analysis. He is co-founder of Janus Atelier publisher group and producer of Janus Festival in Maribor, Slovenia. Veber collaborates with musicians and groups such as Sextet of the Munich Philharmonic, the Slovene Philharmonic String Chamber Orchestra, Brass Band Slovenia, Ensemble Janus Atelier, Ingenium Ensemble, Slowind Wind Quintet, Slovenian Philharmonic Orchestra, Hugo Wolf Chamber Choir etc. Read his full bio…