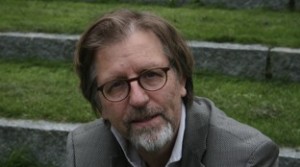 Lasse Thoresen (b. 1949) is a composer and professor of composition. His music as absorbed influences from archaic Norwegian folk music and ‘ethnomusic’ in general, from French spectral music and ‘Musique Concrete’, and from Harry Partch’s tonal system “Just Intonation”. His production includes chamber music, symphonic concerts, choral works, and vocal music. Supported by the Norwegian Academy of Music, Professor Thoresen has developed methods for aural analysis of emergent musical forms (The Aural Sonology Project). Moreover, he initiated the Concrescence Project in 2006, which aims at renewing vocal practise through the contact with ethnic traditions (microtonal modes, diphonic chant). He has lectured extensively and given masterclasses in a number of European countries as well as Canada.

Lasse Thoresen has received a number of awards such as: the Lindeman award for his integral work as a composer (1987), the Prix Jacques DURAND from Institut de France, Academie des Beaux Arts (2001), the Foundation Samii-Housseinpour Price (Belgium¸2002), the Edvard Prize (2003). In 2010 he received the prestigious Music Prize of the Nordic Council for his opus 42, written for Nordic Voices, and using techniques developed through the Concrescence Project. For three years he was composer in residence at Festival Présences, the major musical festival of Radio France, Paris (2004-2006).